Skip to content Skip to main menu
Study Resources/Applied Maths (H): One of the nicest papers in years

Applied Maths (H): One of the nicest papers in years 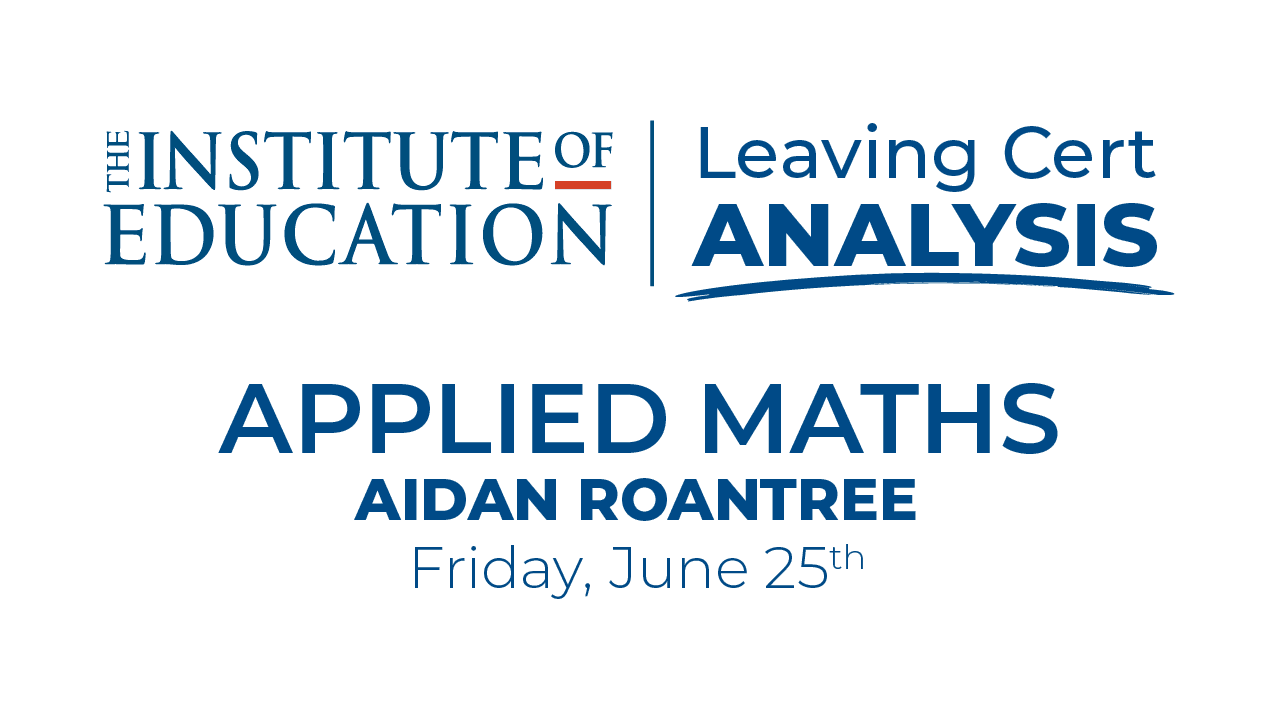 This was one of the nicest applied maths papers in years.

Due to changes this year, students only had to answer five out of ten questions. Normally they must answer six out of ten.

The questions were the same length as always, which meant that overall students had more time to tackle the questions.

Questions 1-5 and question 10 are the most popular every year, and these were the nicest of all on the paper. Any student would have found five nice questions within these six.

The second half of question 2 had an easy but unusual simultaneous equation variation that hasn’t been asked in a long time.

Although question 6a was standard, the vertical circular motion in question 6b would have caused fewer students than normal to attempt this question.

Question 7a continued a recent pattern of the involvement of more complicated centre of gravity ideas. This will probably have deterred the vast majority of students from going anywhere near this question.

Questions 8 and 9, on moment of inertia (8) and hydrostatics (9) were very standard, but very few students would have attempted them anyway.