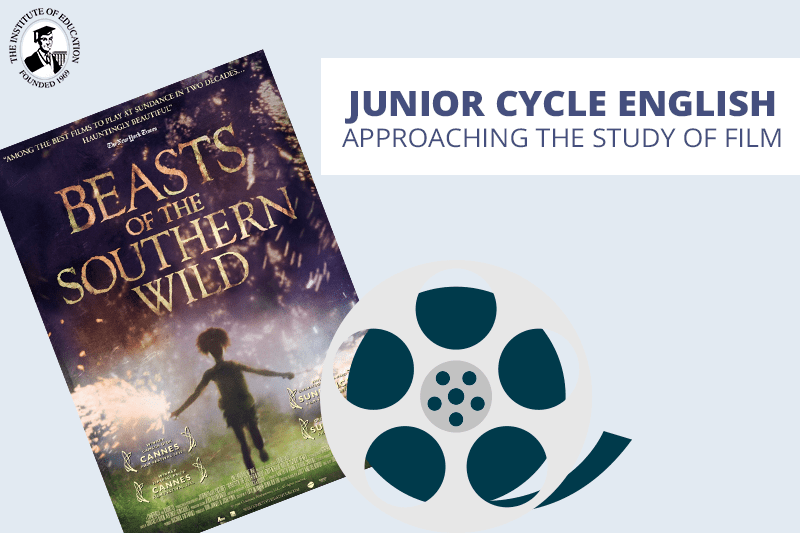 Film is an exciting component of the new Junior Cycle English course. The study of film is a wonderful opportunity for students to deepen their appreciation and enjoyment of something that is so much part of their lives.

There are ten prescribed films on the Junior Cycle English syllabus and one of these must be studied in detail. The films set for 2017 range from The Night of the Hunter, a 1955 American film noir directed by Charles Laughton, to Spirited Away, a 2001 Japanese anime film written and directed by Hayao Miyazaki.

Many of the films prescribed for Junior Cycle English 2017 invite students to enter worlds that are very different from their own, such as Beasts of the Southern Wild, a 2012 film directed by Behn Zeitlin, set in a remote community in Southern Louisiana called the ‘Bathtub’.

Once students are familiar with the story of the film, they can explore how films tell their stories. They do this through a system of signs and images which are called codes. Personal codes are communicated to us by the actors through action, gesture, costume, facial expression and body language. Technical codes are camera, time, lighting, colour, sound, music, movement, and so on.

A film consists of 24 frames per second. Each frame is carefully constructed so that the audience sees what the director wants them to see. Consider this frame below from the end of Beasts of the Southern Wild. The musical score is upbeat signifying the defiant spirit of the characters, while a voice-over from Hushpuppy reinforces this mood:

I see that I’m a little piece of a big, big universe, and that makes things right.

Now look at how everything in the frame is carefully arranged so that we see what the director wants us to see: 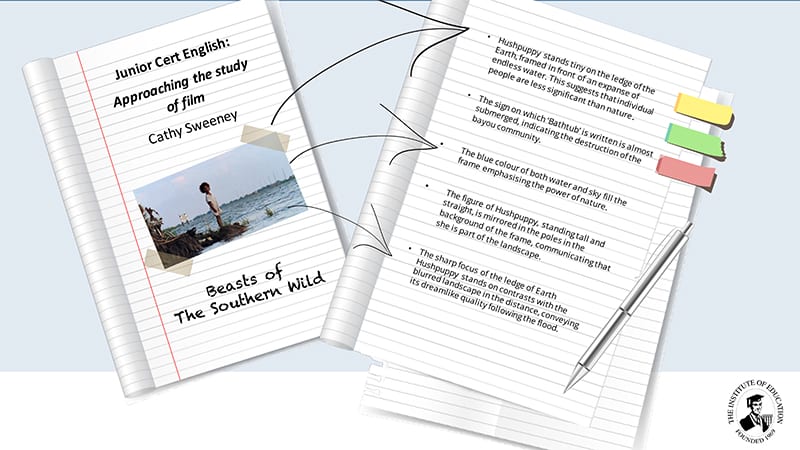 Remember also that in film the close-up shot is of vital importance. It communicates the emotions of the characters. In the shot below we can see how deeply thoughtful six-year old Hushpuppy is. 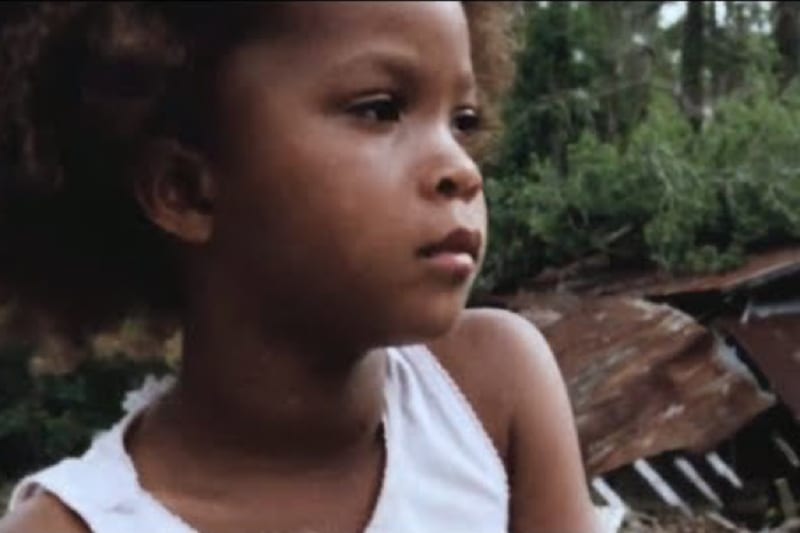 Check over our range of Dublin grinds and achieve academic success.