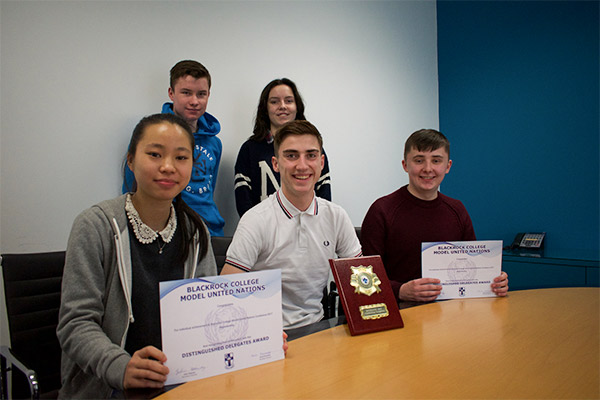 5 students from the Institute won awards of distinction at the Blackrock Model United Nations which took place last weekend on 20th and 21st January.

The 5 students who won awards of distinction for their high quality contributions to debate were as follows: Mark Smyth won for Disarmament, Gwen McArdle in SPECPOL, Eoin Leonard for Economics, Diana Young in Ecology and Thomas Moore for Humanitarian. Congratulations to all students for their doing themselves and the school proud.

A special commendation is due to the students representing France who won a distinguished delegation award. This prize is to represent the whole delegation’s excellence and teamwork. Their ambassador, Mark Smyth, gave a great speech to the general assembly where he thanked his fellow delegates and the event organisers for what was a brilliant event. 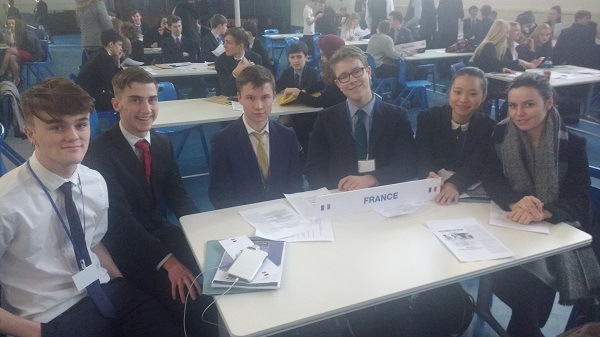 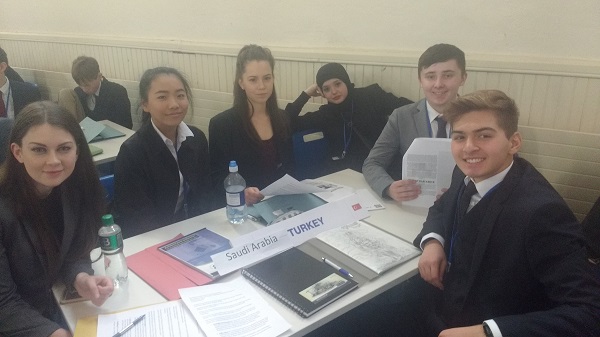