Skip to content Skip to main menu
Study Resources/Chemistry (H) 2015: It was really important for students to read the questions carefully

Chemistry (H) 2015: It was really important for students to read the questions carefully 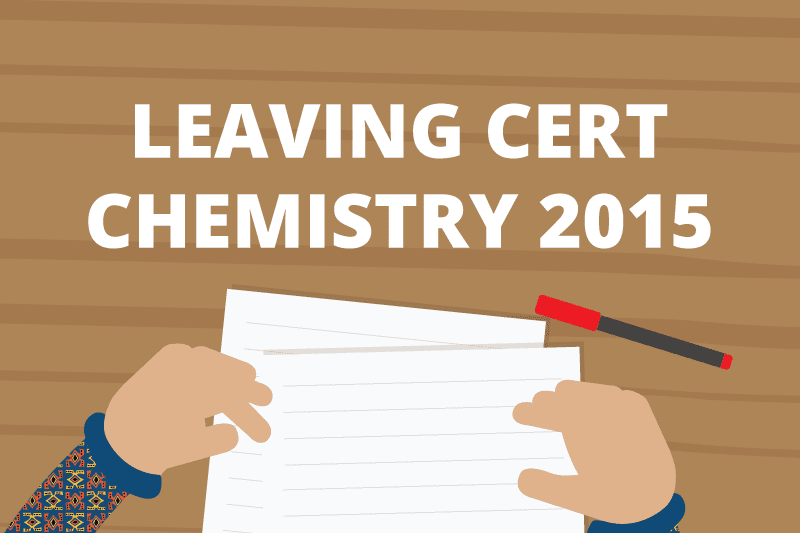 A fair paper that students should be pleased with overall. Some questions appeared quite wordy, so it was really important for students to take a breath and read them carefully. When they did this they would have found the paper quite manageable. There was a move away from rote learning in Section A, with students required to really understand certain topics and interpret data. Organic chemistry appeared in three and a half questions in total on the paper, showing just how important it is to prepare well for this topic.

SECTION A:
In Question 1 on Volumetric Analysis, the calculation in part D was more involved than usual, requiring to students make a conversion in concentration before filling in to the usual formula.

Question 2 was on the preparation on Benzoic acid crystals. This is a brand new experiment that was only introduced to the course in 2014. Students would have anticipated and been happy with the questions, which also incorporated older material which maybe was more familiar.

Question 3 was on water treatment in terms of swimming pools. Students would need to have paid close attention to the table to be able to answer the questions that were asked. In a move away from rote learning, they would need to have understood and been able to interpret the data in the table.

SECTION B:
Question 5 on Atomic Theory might have appeared challenging at first. But when students spent some time reading it they would have realised it was quite manageable.

The graph that appeared in Question 9 was the pH curve, which hasn’t been asked since 2003. It was a standard, fair question.

Question 11, part c was nice and topical and asked students to suggest ways that Ireland can reduce greenhouse gas emissions.