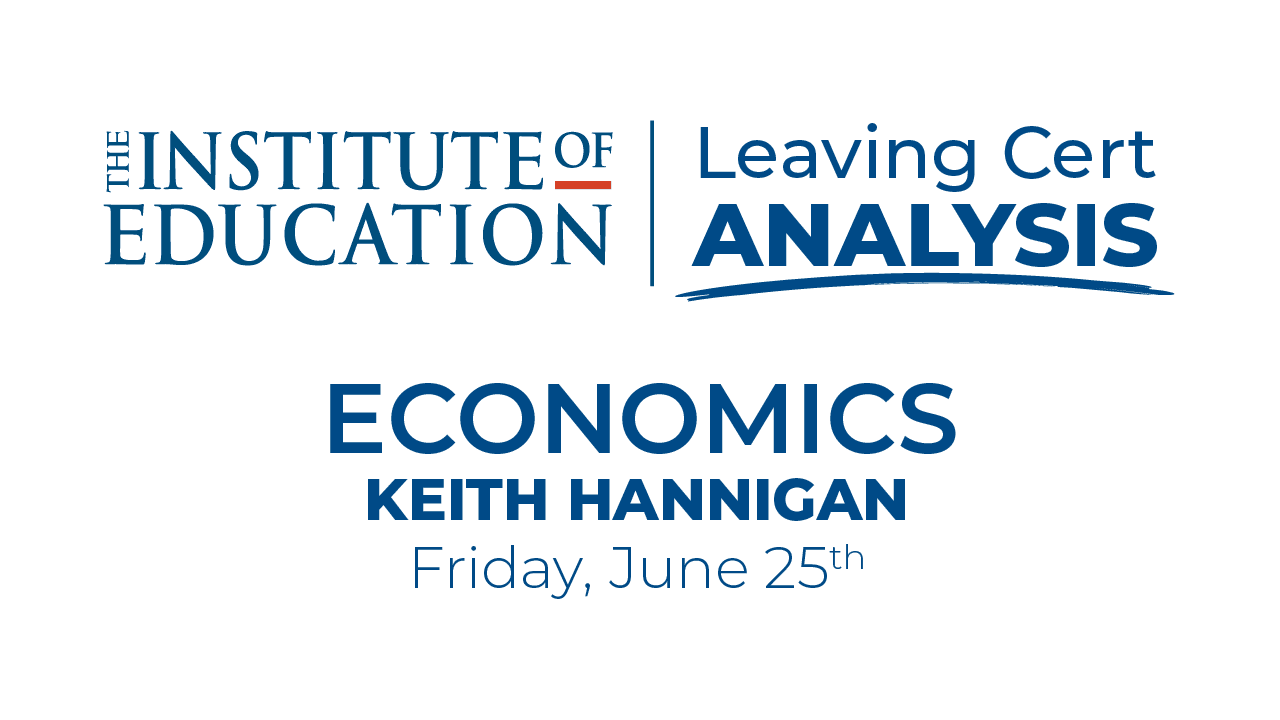 Today students sat the first ever economics exam based on the new syllabus, which was both exciting and scary!

As a new paper, it was different and therefore brought new challenges.

The choice that students had this year would have made it very accessible for good students. The short questions were testing, there was no room for waffle and students would really need to have known their material and be well prepared. There were also lots of parts to each question and topics were also combined within each question.

Due to changes this year, students had to answer five out of ten questions. Normally they will have to answer eight out of eight (no choice).

Question 1 was a lovely question on trade surpluses.

In question 2, students were given 4 statements and they had to say if they were positive or normative. This was a very nice question.

Question 3 was about price discrimination in relation to Netflix.

Question 4 was an interesting question on cigarettes and demerit goods (harmful goods). The jargon “demerit goods” may have caught some students out here.

Question 5 was a straightforward question on the banks. It looked at KBC Bank, the tracker mortgage scandal, why banks should be regulated and the duties of the Central Bank. If students had studied banks they would have liked this question.

Question 6 was lovely and focused on the Human Development Index (HDI). This is a very modern way of measuring human welfare and the standard of living of people in various countries, looking at education, life expectancy and money.

Question 7 was on gross debt per person and budget surpluses in each country and reasons why it has gone up from 2007-2019. Weaker students may have found this question challenging.

Question 8 was on utility. This was a lovely question and very much from the old syllabus.

Question 9 was a lovely question on market structures.

Question 10 was a common sense question on interest rates and whether the ECB should maintain rates at 0%.

In Question 11, using the HHI, students had to analyze what market structure the aircraft manufacturing industry operated in. The rest of the question examined oligopoly and economies of scale. Oligopoly is the most difficult market structure but it was a relatively basic question.

Question 12 was nice and topical and looked at globalisation, which is a brand new topic on the syllabus. The second part of the question focused on corporation tax in relation to Ireland and the EU. The last part of the question was on Brexit. Students would really have liked this question.

Question 13 was another lovely, topical question on the implications of the shortage of Playstation 5 at Christmas. The second part of the question looked at misleading consumer information in relation to Black Friday deals and how the government can prevent this from happening. The question finished on elasticity of Apple Airpods.

Question 14 was on inflation and the consequences of low inflation. The second part of the question was quite tricky and focused on investment in broadband and trying to increase Ireland’s competitiveness.

Question 16 was nice and looked at falling passenger numbers in airports due to covid. The second part looked at the minimum wage. The last part of the question was again, very topical, and looked at the reason for the increase in homelessness in Ireland and what the government can do to solve this problem.