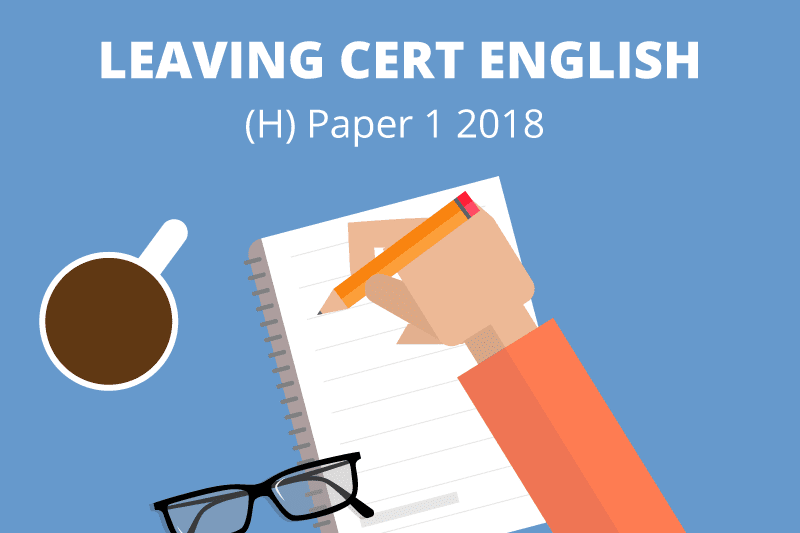 A radical paper in its approach to the subject.

This year’s higher level English Paper I contains a long overdue and extremely welcome development. For the first time ever, it establishes a compulsory link with English Paper 2, thereby insisting on what should be obvious, but can be obscured by setting separate English papers: there is no division between language and literature.

Question 2 on each of the three set texts asks candidates to draw material from their studies in the prescribed literature for Paper 2.

THEME & TEXTS
To facilitate this radical development, the texts on the examination paper itself avoid being problematic in any way. They are relevant, but accessible on the general theme of YOUNG WRITERS.
They include an extract from Irish novelist Colum McCann’s book of advice to young writers, an extract from the 2017 Booker Prize shortlisted novel by young English writer Fiona Mozley, and an illustrated poem by First World War poet, Isaac Rosenberg, who was killed on the Western Front in 1918.

COMPOSING
To complement this perfect balance between texts and tasks in the Comprehension section, the range of essays in the Composing section is undoubtedly the most intelligent ever.
Each title invites, and will reward, the thoughtful and creative use of language – surely the primary objective of any English examination. They include stimulating, and precisely described, short stories, discussions, personal essays and descriptive exercises.

An examination paper that restores the balance between expression and study, between reading and writing, between language and pleasure.