Skip to content Skip to main menu
Geography (H) 2015: Some challenging questions, but enough choice to make this a fair paper

Geography (H) 2015: Some challenging questions, but enough choice to make this a fair paper 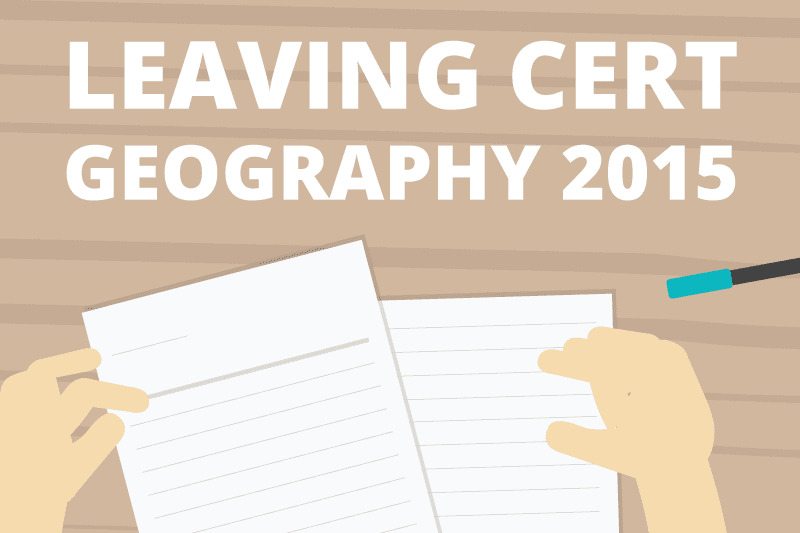 Some challenging questions, but there was enough choice to make this a fair paper. This year the mix of questions might have proved more challenging for some students, in the Regional and Physical sections in particular.

Short Questions :
A good balance of questions. A lot of old favourites appeared such as weather charts and satellite interpretation.

Physical Geography:
Popular topics such as land form developments and human interaction were asked.
A question on tectonic activity on the Irish landscape might have proved challenging for students, as they would have had to draw on their knowledge of a number of different topics such as rocks, volcanoes and faulting.
Glaciation appeared for the first time as an A question.

Regional Geography:
This is often the most challenging section for many students, as there is a wide range of potential topics that can come up.
Familiar topics were asked, but students would have found the question on climate quite difficult. Students were asked about the climate challenges faced by a region they had studied. This question went outside the confines of the typical textbook, and students would have had to be aware of their world environment to answer it

Electives:
Electives were fair with a very nice mix of questions. Well prepared students would have been very happy with this section. There was a nice question on social media and e-commerce which was quite topical and relevant to young people.

Options section:
Students will have been very pleased with the Biome question, which was hoped for!