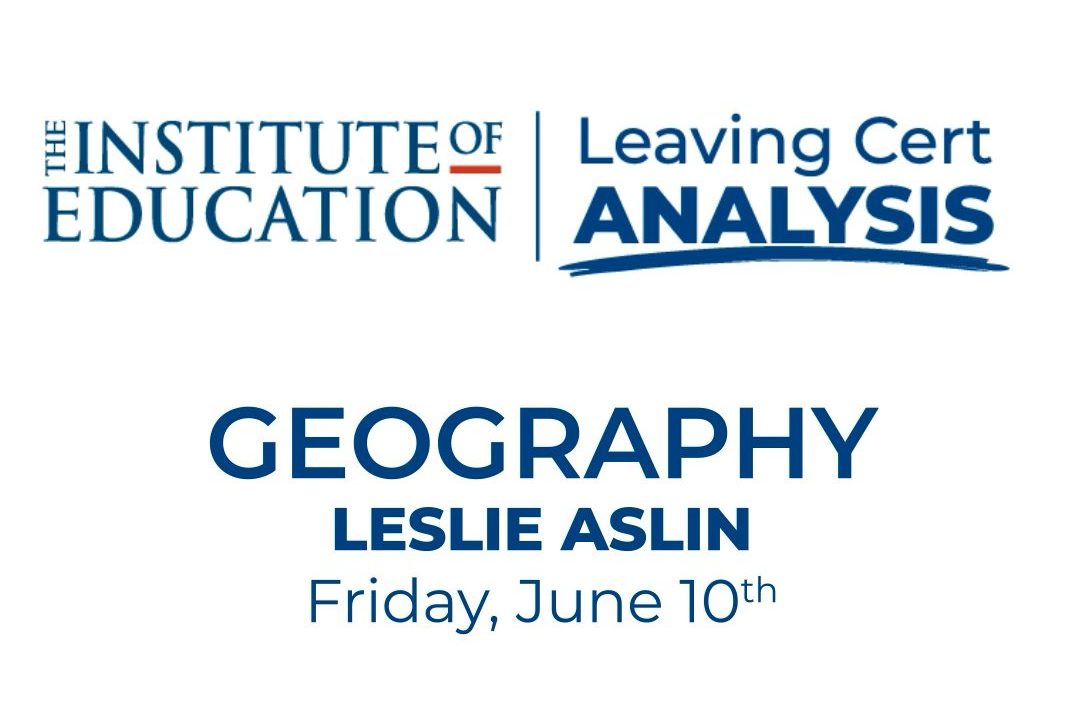 This was a fair paper with good choice and well prepared students would have found it quite manageable.

The reappearance of topics from very recent years on the paper shows how risky it can be to predict based on previous question patterns.

Geography is so evident in the news at the moment and it was surprising not to see that reflected more on the paper, with topics such as climate change, the impact of Covid and recent tectonic activity not appearing.

Education seems to have been a theme, with some nice questions on third-level education appearing in both the short questions and in question 6a.

As with last year, in part 2 of the exam, students normally have to answer 4 questions, one from each of 4 sections. This year, they had to answer 3 questions, from 2 sections.

The questions were fair and very straightforward.

The first short question, on the structure of the earth, which students cover early in 5th year, was a nice start to the paper.

Physical geography would have been a particularly popular section this year and there were some nice questions here.

Question 3b on weathering, was very manageable.

Question 2a, on isostasy, made an appearance for the third year in a row.

Volcanoes, which were expected to make an appearance on the paper due to recent events, did not come up

For students doing regional geography, there was good choice and some nice questions.

Question 4b focused on the importance of transport on economic development. Students would have had to plan their answer carefully to make sure they were contrasting the two regions here.

Question 5c, on population distribution in European regions, was very straightforward and students would have been happy to see the topic appear.

Question 6b was a lovely question about the development of agriculture in the Irish region. There were no twists and turns to this question and it had a nice structure.

In the Economic Elective, the regular questions came up on multinational companies and European Union policy.

Question 7c was on sustainable development and how economic activities can be developed sustainably to control their environmental impact. This was very topical when you think of the push to develop electric cars etc.

Again, there was excellent choice in this section.

Future Urbanism, which last made an appearance on the paper in 2020, came up again.

There was a lovely straight forward question on Central Place Theory, which gave students the opportunity to show all their knowledge.

There were no major surprises in this section.

Popular topics appeared including soil characteristics on soil development, and the Biome question.