Skip to content Skip to main menu
Study Resources/History (H): The race against the clock was removed this year

History (H): The race against the clock was removed this year 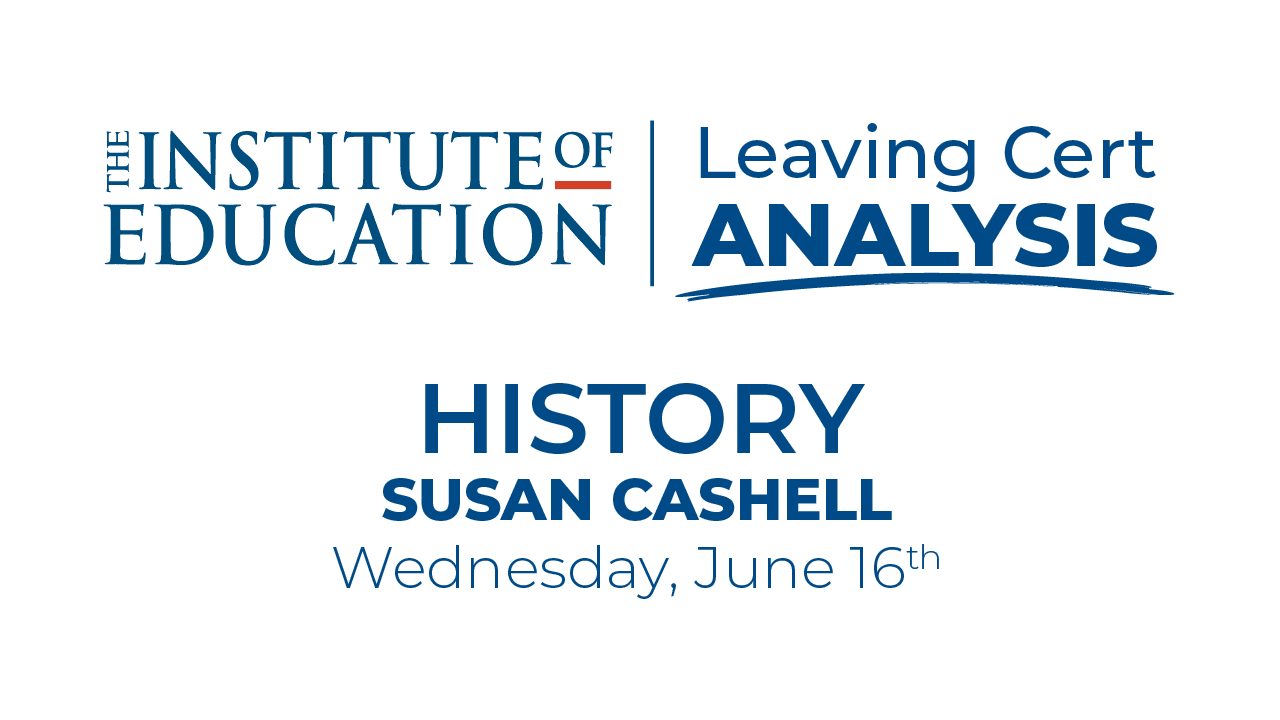 The race against the clock was removed this year and students could go in knowing that they had enough time to complete the paper.

It would make students’ study of history and their exam experience less fraught if this amount of time allocation and question choice became the norm for the history paper.

The Documents Based Question (DBQ) on the Montgomery Bus Boycott was straightforward and the wording of the contextualisation question, ‘to what extent’, allowed students flexibility on the effect of the boycott.

The two most popular sections, Sovereignty and Dictatorship, each had 3 very accessible questions.

In the Sovereignty and Partition section there were three questions that incorporated all 3 case studies on the Treaty/Eucharistic Congress and a lovely question on the effect of WW11 north and south.

Perhaps some students may have been expecting a question relating to the partition of Northern Ireland because of the anniversary of the setting up of the NI parliament.

In Dictatorship there was a specific question on the characteristics of fascism under Mussolini.  Students would have had to consider the characteristics and apply them specifically to Mussolini rather than in general. If they felt that was too challenging there were two excellent questions to choose from on Hitler’s foreign policy up to 1939 and Stalin’s transformation of the Soviet Union.

In the Northern Ireland section there was a survey question that would allow students to deal with the Welfare state under the economic and social change up to 1969. There was also a question on Sunningdale and its collapse that most students would be able to cope with.