Maths Paper 1 (H): A fair paper, with some challenges 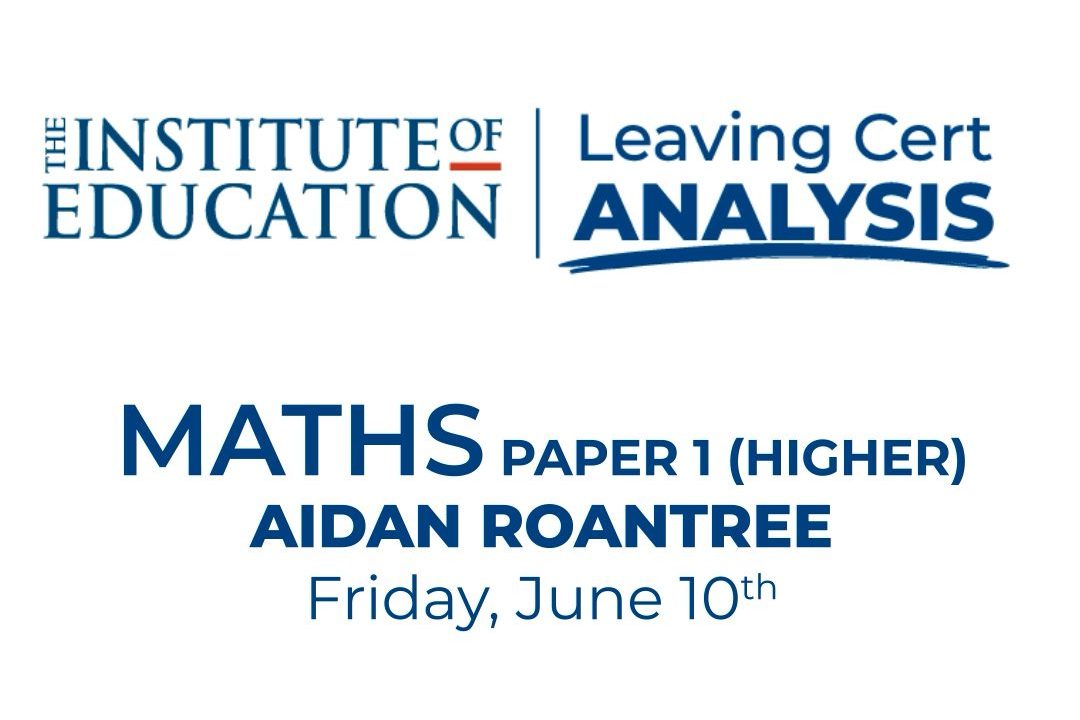 A fair paper, but not without a couple of challenges.

More choice and more time meant that students would have been able to avoid their worst topics and give a fair account of themselves.

Despite initially appearing off putting, students would eventually have found most parts of these questions accessible.

Students had to answer 4 out of 6 questions in this section. Overall, there were at least 4 nice questions here. Even if students couldn’t do them all, they could have had a go at the vast majority of four questions. Question 4 and 6 would probably have been least popular with students.

Question 1 was on quadratics and the types of root, and was a nice question.

Question 2 was on easy integration, leading to easy simultaneous equations.

Question 3 was on complex numbers and whereas mostly it was standard, students might have been slightly surprised by a slight overlap with coordinate geometry.

Question 4 was one of the trickier questions in Section A. It was on sequences, specifically recursion formula, and on arithmetic sequences and series and contained parts on powers and logs.

Question 5 was on differentiation, solving a cubic equation, and inequalities. It wasn’t a bad question.

Question 6 had three separate parts, all taken from differentiation. There was one part on first principles, one part on rates of change and a tricky part on a derivative graph.

Section B was a bit trickier and each question was quite long with a number of parts. Despite this, students would have been able to make a decent go at most parts.

Question 7 was nominally on heart rates, and contained parts on algebra, rates of change and a novel form of connected rates of change. This was a tricky question.

Question 8 concerned a Ferris wheel. What it really boiled down to was a question on trig graphs, and on trig calculus, including the perennial average value. As long as students were prepared for trig graphs on Paper 1, this was a nice question.

Question 9 dealt with exponential expressions and geometric series, and as long as students weren’t ill disposed towards these topics, this was probably one of the better questions.