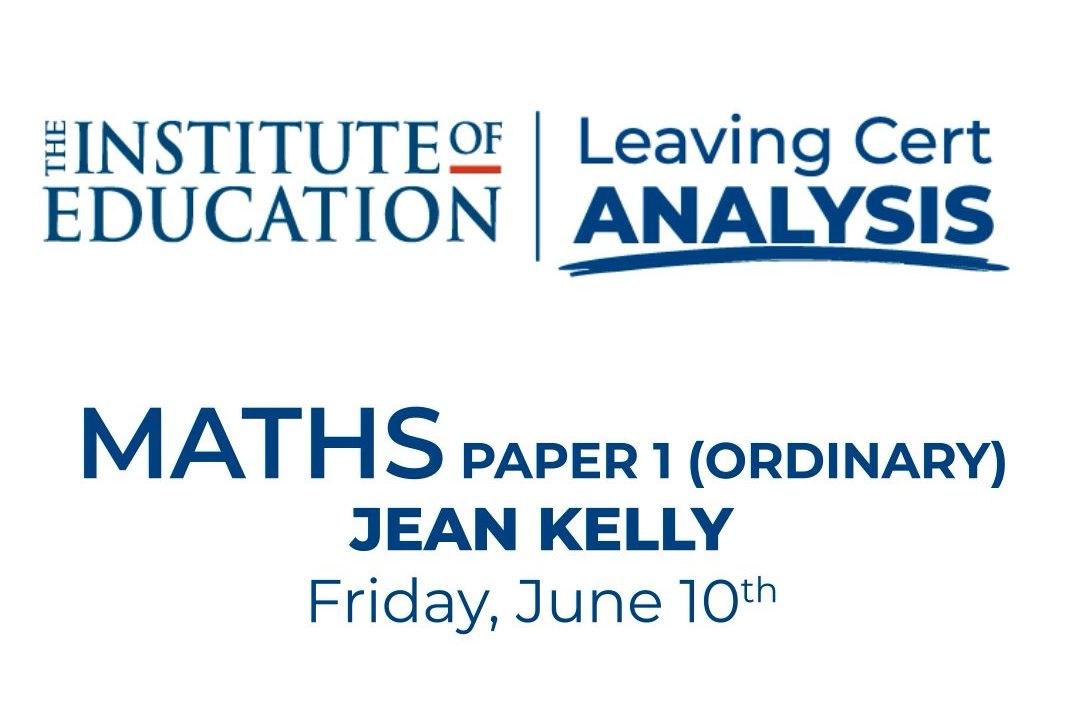 Overall, a nice paper with a few tricky parts.

There was nothing that would have thrown students and the topics were nicely mixed.

The questions were clear and well structured, and students were guided in the right direction when answering them.

If students had kept their wits about them and read the questions carefully, they would have found it quite manageable.

There was a lot of algebra and graphs and, as with last year, there was very little calculus.

Question 1 on complex numbers was lovely and a nice start to the paper. Students would have been happy to see there was no division in the question.

Question 2 was algebra with a bit of indices. If you knew your laws, this was a lovely question. Simultaneous equations came up here too, as expected.

Question 3 was income tax and students would need to have kept their wits about them to calculate the gross annual income. The rest of the question was very manageable.

In question 4, the a part was to be expected, but the b part may have thrown the weaker student because there was no function there.

Question 5 had the standard form and the speed distance time formula. The c part, where students had to interpret their graph, without a function present, was straight forward, provided they knew how to read the graph.

Question 6, on number patterns, was very nice and heavily focused on algebra.

Question 7 featured functions and graphs and a mention of a maximum turning point. Students didn’t have to be able to differentiate to be able to do part f of the question, as it was already done for them. A lot of students do not like differentiation, so they will have been very happy with this.

Question 8 was on percentages and concentrations. Students might have been a bit thrown by the appearance of shapes in part b (as shapes normally appear on Paper 2), but if they kept focused and read the paper closely it would not have presented too much difficulty.

In question 9 they had an exponential curve, with a bit of depreciation of value thrown in. This was a very doable question. More speed distance time appeared in this section as well.

Question 10 had a lot of substitution, algebra and a small bit of calculus. This was a nice question, with a bit of VAT, percentages and drawing a line graph.