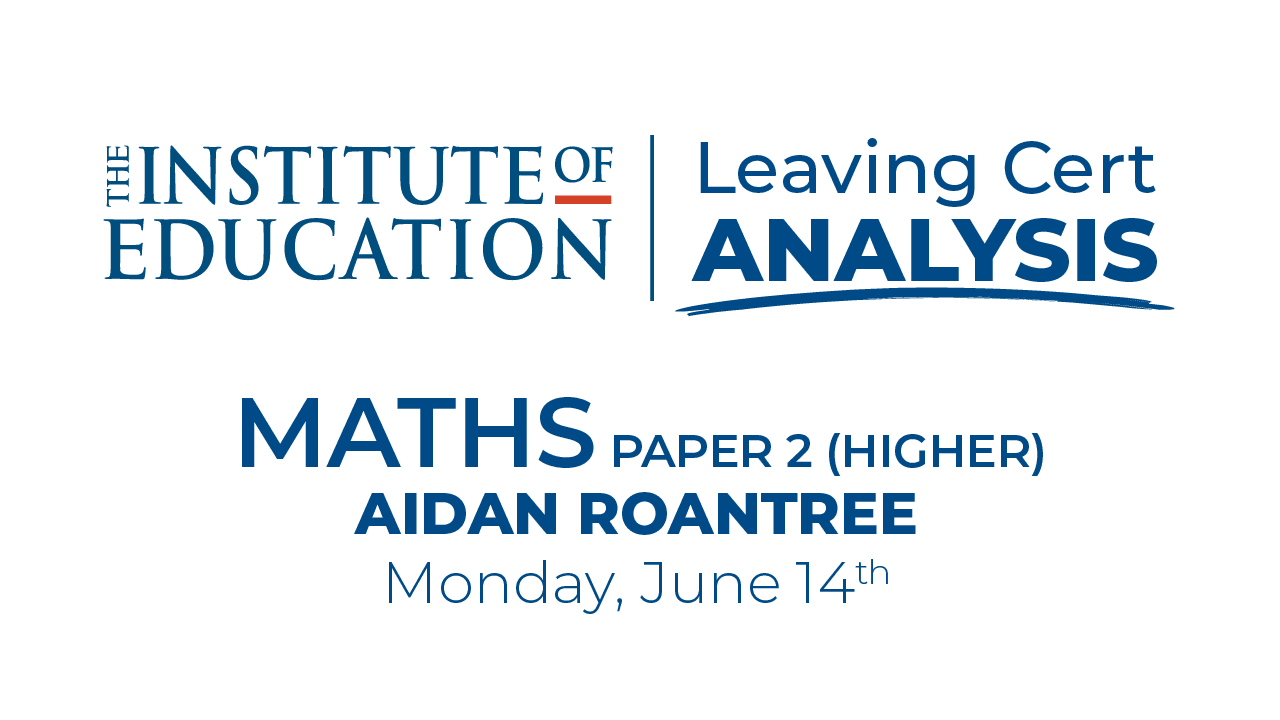 This was a very fair and reasonable higher level paper.

Despite some isolated tricky bits, students had enough choice this year to avoid questions they were not comfortable with. This meant that students could have avoided probability and statistics altogether if they wished.

Section A had a typical mix of two questions on coordinate geometry and one each on probability, trigonometry , synthetic geometry and areas & volumes.

The most popular questions in this section would have been questions 2,3, 4 and 6.

Question 1 was a perfectly standard probability question on Bernoulli trials.

Question 2 was on coordinate geometry of the line. Despite a final challenging part, it was an otherwise very manageable question.

Question 3 was on coordinate geometry of the circle.The only issue here was the slightly unusual wording in the last part of the question.

Question 4 was on trig identities and equations, with part A (2), possibly posing the biggest challenge.

Question 5 was on areas & volumes.This question was more difficult than it first appeared and required students to be more innovative in their approach to the answer.

Question 6 part A was the standard learnt proof of Theorem 13. Part B was a geometry cut based on this theorem and this question was easier than it first appeared.

Section B had two questions on trig and one on probability statistics.

The two trig questions, 7 and 9, were very nice. In question 7, perhaps the most challenging part was part B. However the rest of the question was very fair..

Question 9 was a mix of practical trig in part A and trig functions and graphs in part B.

In Question 8, parts A and B were on statistics. Part C was on probability. For those students who were familiar with statistics this was a very nice question.

Most students would have avoided question 10 on probability. The A part was reasonable, but the B and C parts were very challenging, both in terms of their length and wording.