Skip to content Skip to main menu
Music to our ears!

Music to our ears! 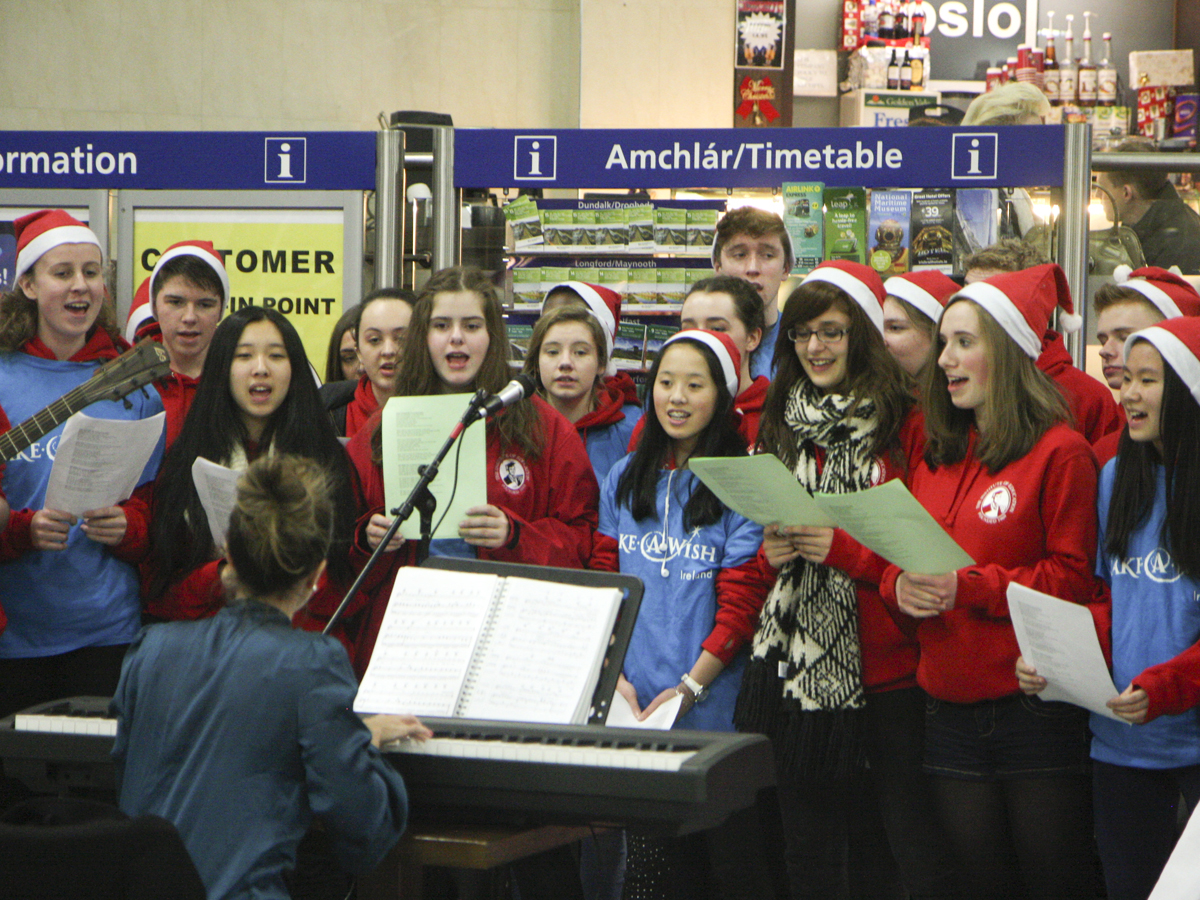 By Stephanie Mc Carthy, 5th year full-time student at The Institute of Education

From a young age I have always loved music. I play the drums, the guitar and I also sing. I chose music for the Leaving Cert because I wanted to able to study music in school, as well as performing.

Last November Fiona McManus, our music teacher here at the Institute, told us that she was going to set up a 5th year Christmas Choir. I felt that it would be really nice to get the opportunity to perform with the other music students in the Institute, so I decided to participate.

After mid-term we began to rehearse every Wednesday after school as well as during class, so that we would be well prepared. We worked very hard learning new material every week for our Christmas themed programme.

The choir was accompanied by our teacher Fiona McManus on the keyboard and by other students who played instruments such as the guitar, the flute and the saxophone. A couple of students also volunteered to sing solos for some of the songs.

After school on the 11th December we all made our way to the bus, which took us to Connolly Station. We were collecting for the Share a Dream Foundation. We sang for all the commuters and there was a great atmosphere at the station. It was a nice way to share a bit of the Christmas spirit!