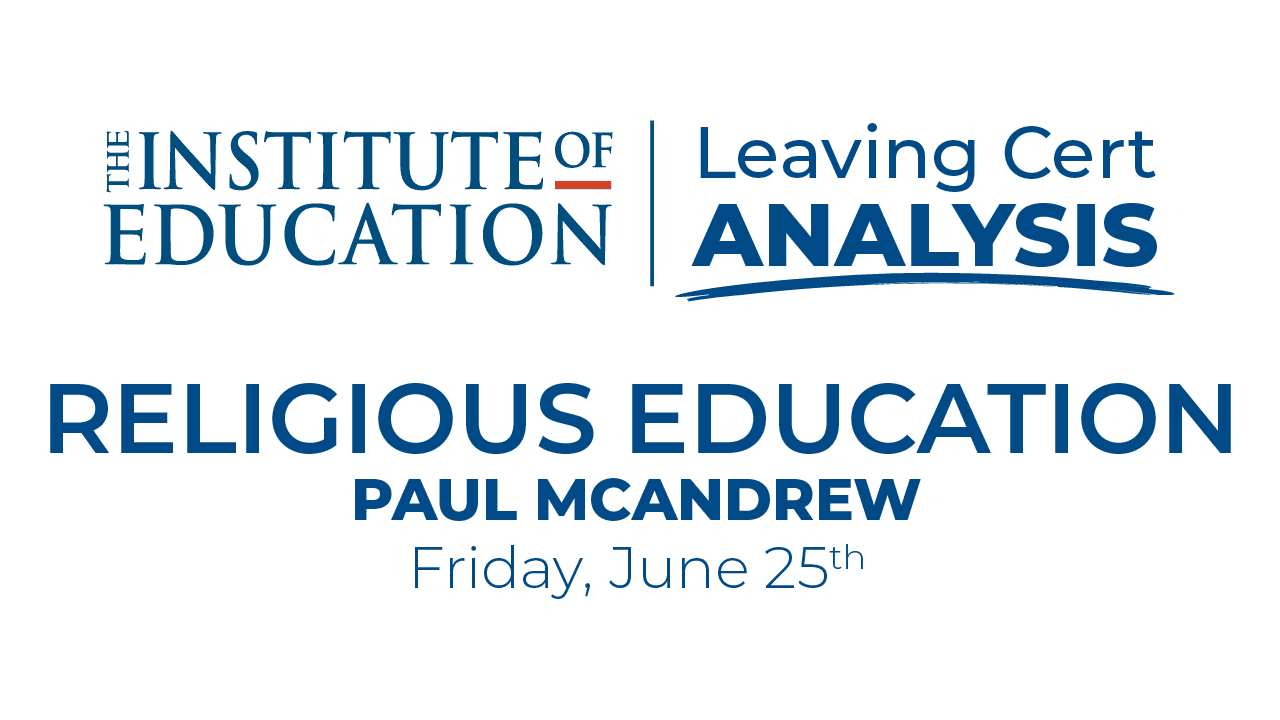 This was a clear and fair exam paper, with a lot more choice for students this year.

Higher level thinking was required on this paper but the questions were fair. As long as students stuck closely to the questions asked, and followed their lead with the correct information, they will do well.

Due to changes this year, students only had to answer three questions. Normally they must answer four. There were also extra questions this year in Units 2 and 3.

Section A – The Search for Meaning and Values

Aristotle came up for the first time in a while in question 1A. The question was straight forward but did ask for how each idea contributed to philosophy and scientific thought. The topic of myths came up in part B of this question.

The development of philosophy and philosophical thought appeared in Question 2A. Images of God and how they express ideas that surround this transcendent appeared in 2B.

Question A was straightforward and concise.

Again, question B was straightforward and involved reading the question clearly and constructing your answer to fit around it.

Question A was a straightforward question about interfaith dialogue and its origins and purpose in two world religions.

Question B was a nice question about the life rituals of world religions and how faith is expressed in them.

Question C was a comparison of how two world religions are organised. The language and structure of this question was clear and straightforward.

Question A was a discussion of how virtue plays a role in someone’s growth towards moral maturity. Students were asked to define the virtue, give an example and discuss. This was nice and open ended and gave students a lot of scope.

There was great scope for discussion again in question B and students needed to simply give an example of how Irish civil law attempts to balance human rights and the common good. Good definitions and examples that sync with the question would achieve top marks here.

The topics in question C – capital punishment, child labour, slavery and war- were quite big, and this may have surprised some students who may then have written too much.

Students may have been thrown off question A in Unit J on Descartes when they first read it. After reading it a second time however, they would have realised they had the information to answer it. This would have involved using content from the Search For Meaning and the Religion And Science sections to answer. This was tricky to get your mind around but once you did it was a straightforward question.