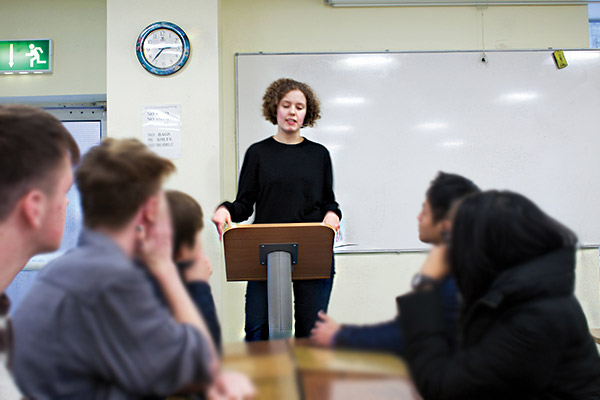 The Institute took part in the Leinster section of the World Schools debating trials in UCD on November 13th, when students from all over Leinster gathered for a chance to win a place at the national trials.

Congratulations to 6th year student Mark Smyth has won a place in the national trials and thus a chance to represent his country on an international platform. The national trials take place in early December and whole school wishes Mark the best of luck.

Congratulations are also due to Diana Panova (6th year) for progressing to the 3rd Round of the Leinster schools debating competition. Diana delivered a brilliantly thought out speech on the role of private donations in political discourse that won her a spot in the next heat.

This month in debating class, time has been dedicated to familiarising students with the Mace style of debate. Mace debates have a limited preparation time, with students having only 15 minutes to plan a 5 minute speech. This requires analytical skills and the ability to discern key concepts under pressure. In the New Year there will be several mace debates run by college societies and this preparation will help our students who wish to compete.
Debating takes place on Fridays at 2.30 in LG-3. 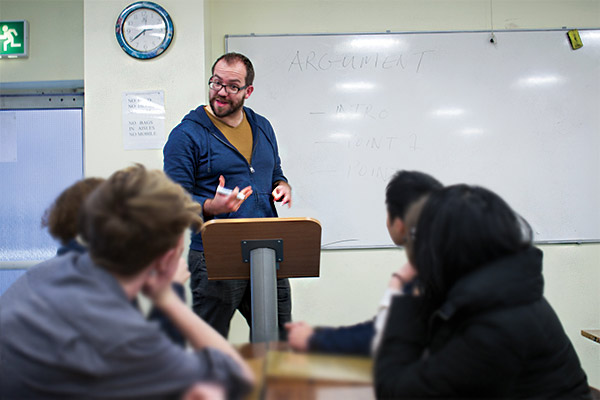