We were delighted to read the below feature in the Irish times on 4th Year Eve Mc Mahon who has just announced her bid for the single Irish women’s Laser berth in Tokyo 2020.

Eve is the current World Under 17 Radial Champion and will contest the Irish Olympic trials next April.

We wish Eve the very best of luck in her Olympic campaign!

You can read the article here 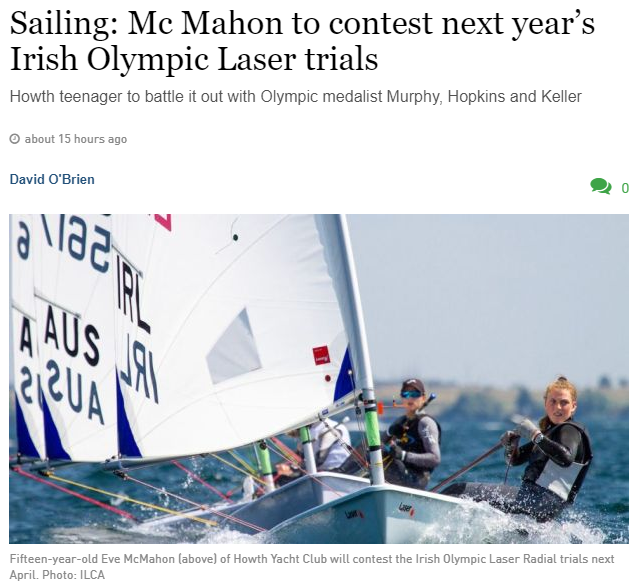