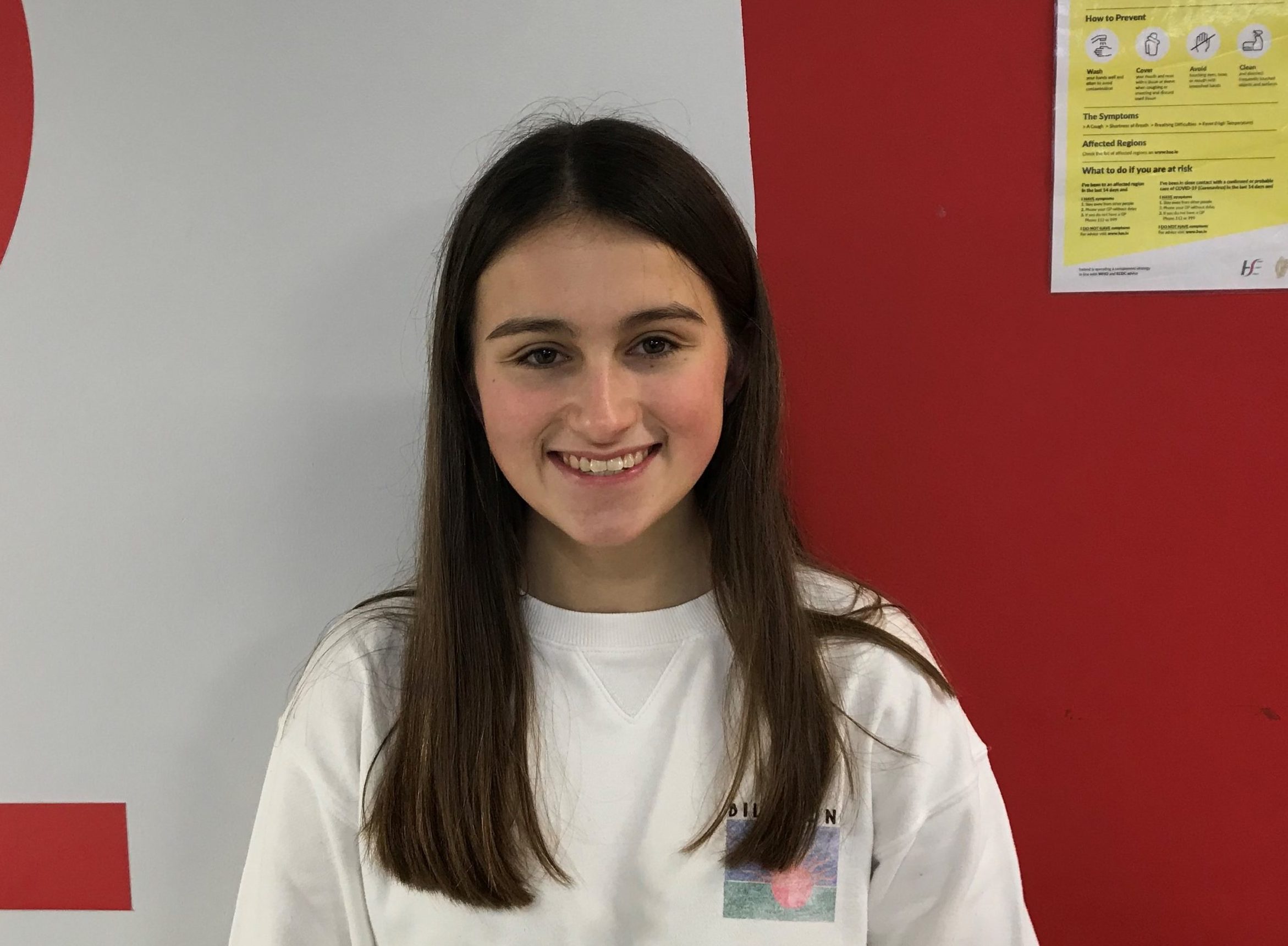 Tara Berry is a current 5th Year student at The Institute and she has been chosen from thousands of students to participate in the BT Young Scientist & Technology Exhibition in 2021. For it she will be carrying out a research project on the topic of Human Germline Genome Editing. We recently spoke to her and asked her to give us a short overview of her project and what she will be doing. Here’s what she told us.

My research project is called “Social Media Conversations on Human Germline Genome Editing: A Twitter Based Analysis” and it has been accepted into the final of the Behavioural Science category for the BT Young Scientist.

The idea for the project goes back to January 2020 when I watched a documentary on BBC 4 called “The Gene Revolution: Changing Human Nature”. The documentary discussed a revolutionary gene editing technology called CRISPR Cas9 being used by leading scientific researchers worldwide. It followed the case of He Jiankui, a Chinese professor who in November 2018 undertook heritable editing resulting in the birth of two CRISPR babies. His team performed genome editing on human embryos using CRISPR-Cas9 technology. I found this a fascinating topic and for my science CBA in 3rd year I did a descriptive project about CRISPR Cas 9 and its scientific applications. Some of these potential applications include the correction of genetic defects and the treatment of diseases. However, during my research, scientific journals reported there is much public discourse about ethical issues relating to CRISPR particularly for human germline genome editing and some misconceptions among the public. Somatic gene editing affects only the patient being treated and their cells while He Jiankui conducted germline editing which affects all cells in the organism including eggs and sperms and so is passed on to future generations.  A report published by the International Commission on the Clinical Use of Human Germline Genome Editing in September 2020 outlines that such editing is still unsafe and it should not be practiced for the moment. However, despite this guidance a Russian scientist still aims to make CRISPR babies.

The increasing availability of information on human germline genome editing is spurring discussion about genome editing on human embryos and associated ethical issues. However, during my research, scientific journals highlighted the gap in knowledge by the general public about this topic.  Sites such as Twitter provide a unique platform for the public and the scientific community to discuss and access information on CRISPR Cas9 technology. The objective of my study is to better understand how social media users are sharing information and what topics are being discussed about CRISPR-Cas9 technology and human germline genome editing. I am currently collecting the data from the Twitter streaming API which returns the full stream of tweets matching the search criteria. In this case my search criteria include the following hashtags:
#CRISPR, #CRISPRcas9,  #cas9, #crisprbabies, #humangeneediting, #geneediting, #genomeediting, #designerbabies, #Eugenics, #HGPwrite, #ableism and #Geneeditsummit

Over the last few months I have been learning how to use R, the statistical and data analysis software which I am using to analyse the data. I aim to capture salient themes in conversations, conduct a content analysis, identify key influencers and gather demographic information. The results of this analysis should further the understanding of discussions related to CRISPR Cas 9 and human germline genome editing. I hope the results of my research will be a step in understanding what types of educational strategies need to be developed on what is likely to be the biggest ethical question of our lifetime: how far should we go in changing the natural course of evolution?

We are delighted that her and the project she is undertaking has been chosen to be part of the BT Young Scientist & Technology Exhibition and we are really looking forward to catching up with her again to follow her project’s progress.