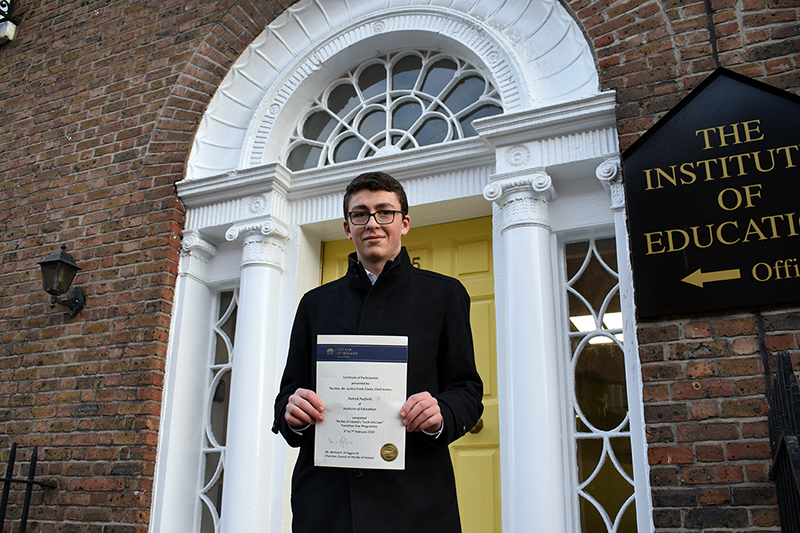 Patrick Purfield, 4th Year and legal enthusiast has just returned from completing his work experience on the Bar of Ireland ‘Look Into Law’ Transition Year Programme. This week-long programme is aimed at introducing students to the world of law during 4th year.

Patrick and his peers learned about life on the bench by shadowing barristers and participating in talks and guided tours. The students heard from those involved in the justice system in various ways, including junior and senior counsels, legal affairs correspondents, members of An Garda Siochána, a member of the Office of the Director of Public Prosecutions (DPP) and defence solicitors. They also had the opportunity to meet members of the judiciary in the Four Courts and the Criminal Courts of Justice. At the end of the week, Patrick was awarded a certificate of participation from Justice Frank Clarke, Chief Justice. Well done Patrick!