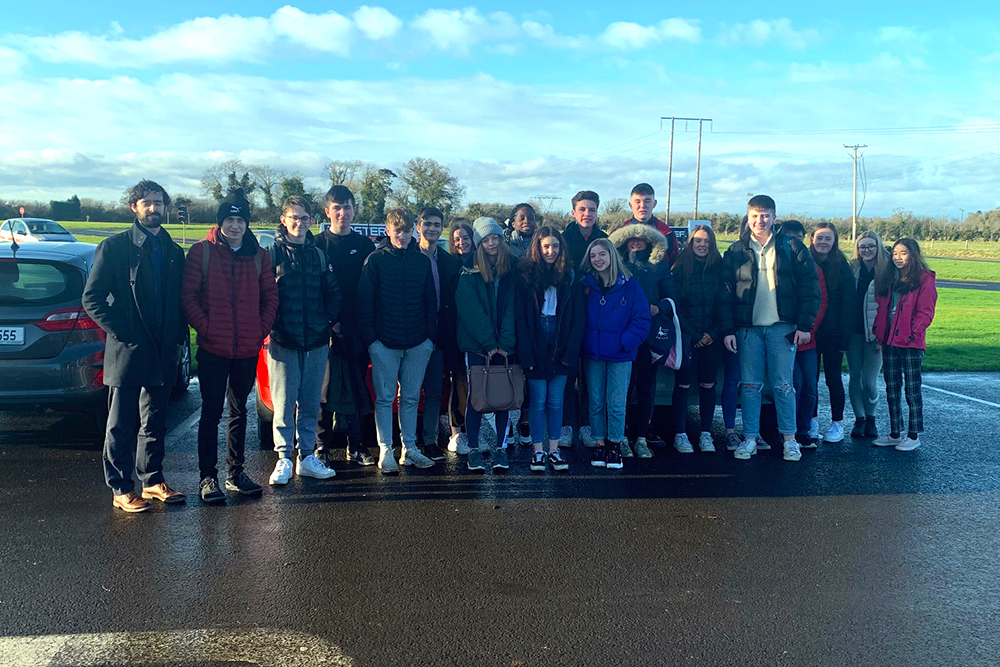 “This week, we went to Leinster Driving Campus in Maynooth. When we arrived, we were split into two groups. We played a game of, ‘rock, paper, scissors’ to decide which group would drive first. Those driving took turns behind the wheel. The driving instructor explained how to safely start the car, how to put the car into gear and how to steer the car on a straight road. Once we completed this task we began driving on a more difficult driving course. This was made up of many turns, roundabouts, hills and traffic lights. The instructor taught us how to reverse and safely bring the car to a stop. At the end of the day the best rated driver was awarded a voucher for a free driving lesson at Leinster Driving Campus, encouraging some healthy competition.

The group not driving participated in a mock theory test. Here we were split into two groups and given a folder containing 40 mock theory questions. The groups competed to get 40 out of 40 questions right and those who succeeded received a voucher for a free driving lesson at Leinster Driving Campus. We then went outside to experience just how disorientating the effects of being under the influence of alcohol can be. We wore beer goggles and attempted to stack cones. This game showed the effect of alcohol on depth perception, which is crucial for safe driving.”